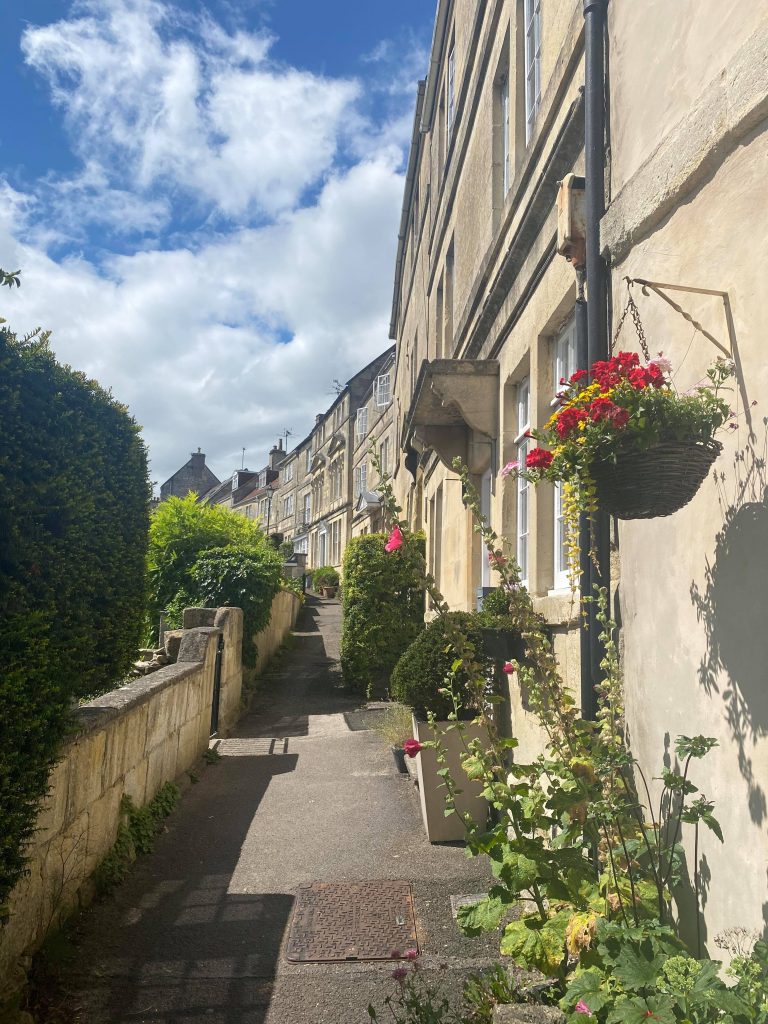 My husband Jan and I think we’re doing something a bit mad. Of course, in the grand scheme of things, it’s definitely not that radical. Couple leave London for the country… a tale we’ve seen play out on many an occasion before. However, this time we’re 28 and not 35 with a herd of toddlers in tow. Lockdown has quite possibly sped up this process for us! Our decision to move did happen quite quickly. To cut a fairly common story short, here’s how it played out: went to the countryside with friends, stopped by for a casual recce in beautiful Wiltshire town on way home, stumbled upon mysterious old house for sale in need of some tlc, the global pandemic meant we could now work permanently from anywhere (perhaps that part doesn’t happen too often), we had a pint in the pub, shrugged our shoulders and said, why not? To be fair, there was quite a bit more thinking (and prayer!) through the decision to casually up sticks and move to what feels slightly like the Wild West. But there also wasn’t that much hesitation before we went for it. Low and behold, eight months later we finally exchanged last weekend and now proudly own our very own 250 year old fixer-upper.

On the rare occasions I’m now sitting on a bus (writing this just as lockdown number three starts to slowly lift), I watch as my beloved London passes by – merging from Ethiopian corner cafs to pretty terraced streets winding around little squares and twelve different eras of architecture reflected back at me in glossy glass buildings – and wonder just how much I’ll crave this lovely rumbly city when we’re gone. This is the city I was born in and then moved back to when I was 18 for university. Despite being a metropolis of 9 million people, it feels very safe and familiar. I know how one part merges into the next and all the little backstreets in my 3 mile radius and how not to interact with people on the Tube.

Nevertheless, the wind of change is blowing through our little corner of Stoke Newington and after almost ten years in London (six for Jan), we can’t wait to set down boots on new turf! For the sake of internet safety, I probably won’t mention exactly where we’re going but it’s a lovely small town nestled in the valley on the border between Wiltshire and Somerset. In one sense, choosing this place does feel quite random – neither of us knows this corner of the world and we don’t have an existing community waiting for us. Normally the first question we get asked in London is, ‘Wiltshire, huh? Nice! Family out there?’ To which we reply, ‘Nope, we don’t know a soul!’ Fortunately, our friends here and families are keen to come and visit and we’ll now actually have space for people to stay too. It’ll be a fond farewell to the joys of blow up mattresses crammed into the living room and a welcome hello to having loved ones stay for long weekends with space to stretch out both arms. We really hope that, with some effort, new friendships will grow out of our home too. When we first did a recce to check out the town and surrounding area, I was really struck by how friendly everyone was. It was really easy to strike up conversation in the pub (the good ole days when we had a break from lockdown last summer) or out walking around and about. To Jan’s bemusement, I asked almost everyone who would chat to us if they enjoyed living here. The uniform answer was either ‘Been here my whole life, wouldn’t change a thing’ or ‘Moved here from London, should have done it ten years ago’ which definitely ignited our curiosity. To be fair, this is not the place for avid ravers or anyone who needs Pad Thai at 3am. It’s definitely more a country-rambles-along-the-river-pub-lunch-followed-by-cream-tea type place but that suits us down to the tee. I’ll miss the galleries here in London but seeing as we spend the majority of time in our neighbourhood anyway and not in the centre, I don’t *think* I’m going to experience them that differently on the days we head back into town. My friend who moved to rural Wales a few years ago says London is all the sweeter (sweatier?) for not being there all the time. Plus, London isn’t going anywhere so we can pivot back in a few years if pining after city life. Does this sound like the swansong of someone nervously leaving the city? Somehow, I suspect we won’t be back… but never say never.

So, why this particular corner of Wiltshire/Somerset? My mum and dad always thought this was a beautiful place and had come out here themselves a couple of times so it was vaguely on my radar. Bath is not far from our new digs and I’d always thought it a stunning city too – although possibly (definitely) lacking in afore-mentioned Ethiopian cafes. Still, what it lacks in metropolitan cuisine, it makes up for in friendly people, nature, oxygen and eye-wateringly lovely architecture. (Luckily we’re not a million miles away from bigger hubs, London is only 1.5 hours by train and Bristol is just around the corner. There’s an airport nearby. You know, all the frenzied calculations city dwellers make when leaving the Big Smoke, blissfully unaware that we will probably hunker down in our new rural abode and never be seen ever again anywhere with a Pret.) The airport, to be fair, was quite important to us as Jan’s family live in the Czech Republic so we wanted to be able to hop back and forth without a slog back to London.

Without a doubt though, the house itself was the main catalyst behind the move. It did help that it was somewhere friendly and beautiful and affordable. We had been prepared to spend much more on a property in London for about a quarter of the space so we couldn’t quite believe our luck when we found this hidden gem and realised it wasn’t a completely unrealistic opportunity. Walking around it for the first time, antennae wobbling furiously at all the decorative Georgian details that had miraculously remained intact during the 70s annihilation of period features, it wasn’t hard to see this lovely house come to life once more. It was a probate property, meaning that the previous owner, an elderly antiques collector, had passed away. The house felt like it was waiting for us to crack open the windows and let air back in again. I also liked that the lion knocker on the front door looked a bit like Aslan, it gave us good vibes. The house itself is five floors tall (going to keep fit on those stairs!) including a cellar, which we plan to fill with general crud and lots of sauerkraut. It has three bedrooms, one of which we’ll turn into an office/studio for us both to work in. There’s a little courtyard with high stone walls, a holly tree, giant ferns and a face that peeks out through the ivy. (When Jan told me he’d found a face in the wall, I was glad to discover it looked fairly amicable and not as creepy as it sounds).

Anyway, a week after that first visit we were back on the Great Western Railway headed out to see the house again. About two weeks and umming-ahhing after that, we made an offer. There was some bidding – apparently the eagle eyes of another London couple and someone else besides had spotted it too – but eventually a month or so later we found out that we had managed to win it. Blimey. Now, after eight months of surveys and conveyance solicitors and a mountain of paperwork, Pearce House is finally all ours. Last weekend we zoomed up to collect the keys and camp out for the first night in our new home, whippet and all. In the next blog, I’ll include photos of the house as it looks now (in need of some tender loving care and several licks of paint!) and run through the l-o-n-g list of things that need doing. If you enjoy house renos, stay tuned!